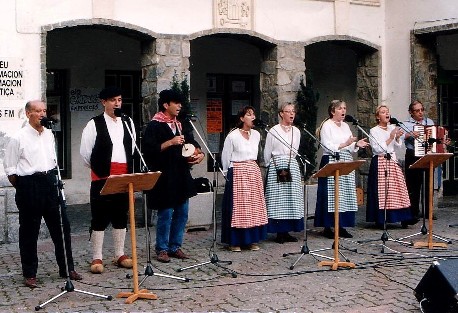 Les has been characterized by the conservation of traditions, their music and their dances.
The year 1950 the first group of Aranese dances is formed and, from 1979 on, it happened to call Es Corbilhuèrs, a group that has continued with the work of research and spreading of the Gasconian and Aranese dances and music.

History of the group

The 1987 it was created in Les this group of traditional Gasconian songs called Es Corbilhuèrs Cantaires de Les, under the technical address of the Bearian musician Jan Francès Tisner. They released the disk titled “Aran sings Gasconha”. Their projection arrived until the participation of the group at the TRADICIONARIUS festival and the festival of Seròs in the 1995 with a big success of public. Every year they have taken part in different festivals so much to France as well as in the Spanish territory.

In 1994, Es Corbilhuèrs dansaires joined up with the singers and together formed the Association Es Corbilhuèrs of Les, which  counts nowadays with a hundred of partners. Since then, the group has not stopped taking part in festivals and working with Es Corbilhonets (group of children) who have taken part in editions of CD’s and in contests such as the one that takes place for all the Catalan children at the Barcelona’s Palau de la Musica.

Origin of the name

Corbilhuèrs is the popular name of the people of Les. The word derives from corbilhons: baskets of wicker and hazel that were used to load the animals in the fieldwork. It derives from a legend that says that the inhabitants of Les wanted to reach the sky in order to see the sun. Thus, they began to put one corbilhon on top of another and so on. When it lasted just one to reach it, they were out of corbilhons and they had the brilliant idea of taking the first one, and obviously everything felt down.

The group brings two type of different wardrobe: the typical of the Gasconian farmers and the party wardrobe. Regarding the first, the girls dress a long skirt of cloth of wool, petticoat, trousers and apron, a white blouse and a corset, with a headscarf and a straw hat. They wear wooden shoes or sandals and socks of wool. The boys bring trousers and waistcoat also of cloth of wool, shirt of linen, a red girdle and a hat. They also wear wooden shoes or sandals.

The wardrobe of party was more typical of the bourgeoisie. The women wear a long skirt of print sateen, an embroidered black blouse, a headscarf and a black hood in the head of cloth of wool, with a black period footwear. The boys wear the same wardrobe of peasant but made up with velvet of different colours and smart footwear.

Repertoire of dances and songs

The repertoire of dances of the group is composed by:

– Eth Cadrilh. It is a dance of appropriate ceremony for parties and important celebrations. It is from the past century but it was choreographed in the 50s. Since then, it is considered a very popular dance in the Aran Valley. As its name illustrates, the dance takes place in groups of four that develop different figures, chains, circles… It is accompanied by the singers’ music and lyrics.

– Eth Balh-Plan. Originally from the village of Canejan, this dance is danced for the town’s festival. It consists of a flat dance step and a jumped step, with traditional lyrics and two strophes compounded by the Corbilhuèrs.

– Eth Rondèu d’Es Corbilhuèrs. It is a music from a Bearnese fable adapted by the group to its choreography and lyrics.

– Escotisha -Eth rei petit-. It treats about an imported dance of the Austrian court in time of Napoleon III; a typical dance of Palace that came to be a popular dance. The letter is sung in bearnés.

– Eth Barricot deth nòvi. This dance makes reference to the banquet of friends on the part of the married new ones.

– Era Matelòta. It is also named “tròbi lo renard” and it is very traditional of the Béarn. Matelòta is told to a person very clever and livened up, like the fox (“renard”), and it is a dance characterized by a living rhythm that attempts to remember the agility of this beast.

– Maudit sia l’amor: traditional from the region of Bearn.

– Other songs of all the corners of the Gascony gathered together in the recording “Aran sings Gasconha”. 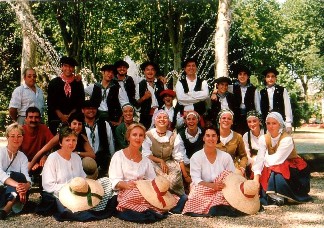 Es Corbilhuèrs de Les has been and it is the only group of the Val d’aran that has made an authenActuacionestic work of recovery of the traditional instruments of the zone: accordion diatonic, bagpipe (eth bot), flute of three holes. It is also necessary to say that it is the only group that uses the diatonic accordion. 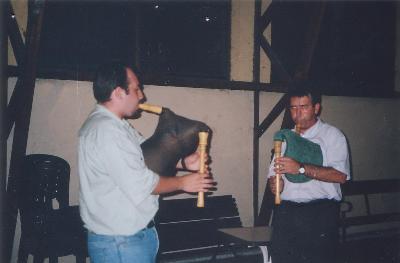 The association Còlha de Sta. Maria de Mijaran and Es Corbilhuèrs de Les want to incorporate this musical instrument into their performances. Eth bot (bagpipe) is an instrument with the form of bag made with leather (as if it were a boot of wine). Of the family of the bagpipe although much simpler, the boat has a handle to blow while it is supported itself under the arm. In this handle, the six holes that are useful to touch the traditional music.

If we contemplate the portals of the churches of Vielha and Betren (and other of all the French Comminges), we will be able to find some characters with a bag under the arm and the hands about the handle of the instrument: it is the bagpipe. It is a matter of a very ancient instrument, a form that was already used in the antique Egypt and that has managed to get lost in many of these Pyrenean valleys.

In 1997 they acted at the “Catalonia and Occitània” Festival in Balaguer on the occasion of an exhibition about the Cathars. The same year they were at the Festival of the Pyrenees, in Oloron-Sainte-Marie and also in the Festival of Accous (France). During 2001 they acted in Cuenca and in the Festival of traditional music of Manresa. In 2003, they made their performance in Castelló. In 2004, they participated in the party of the ‘raiers’ in La Pobla de Segur and in 2005, they were in Mallorca. 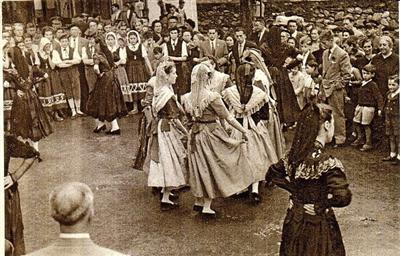 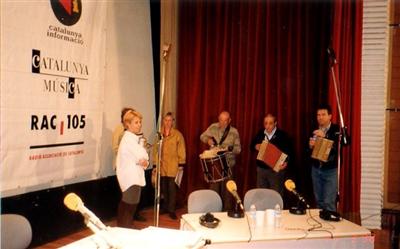 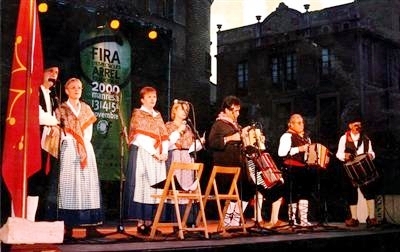 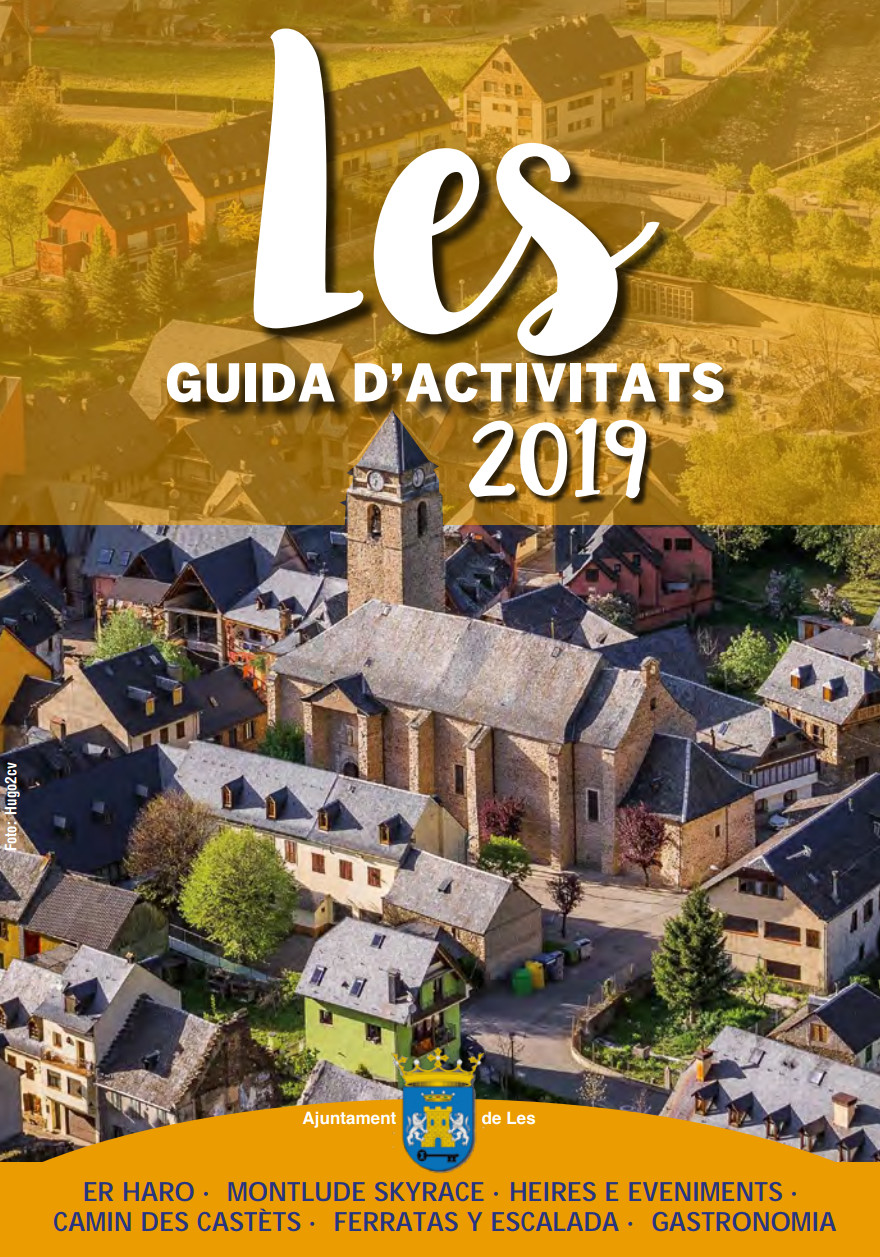 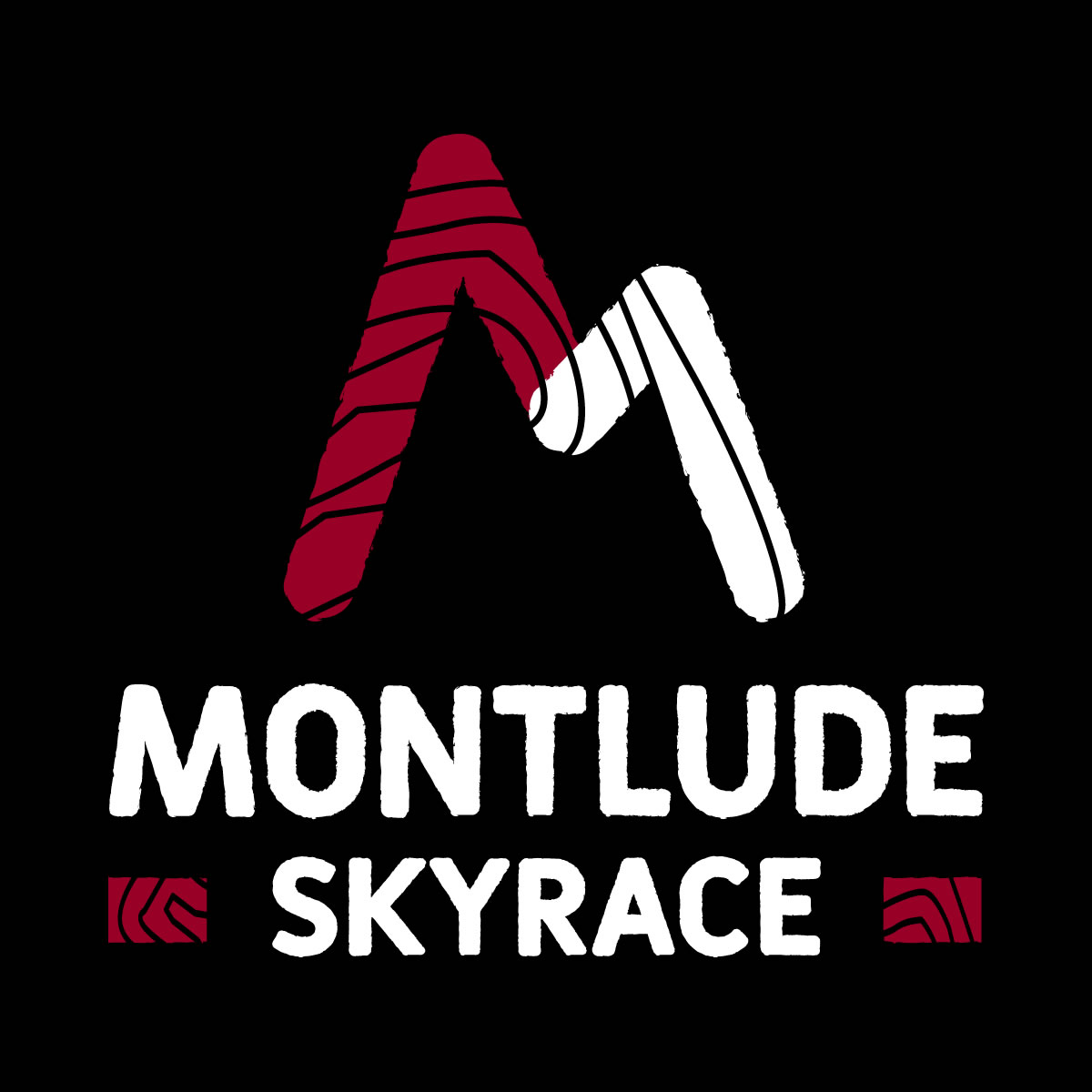